We Live To Help Train You

Cape Fear Boxing is dedicated to building a strong fitness community within our facility. We want everyone to succeed here and that is why we strive to provide high quality training sessions everyday. Discipline, Courage, Integrity and Respect are a few of our core values. Our coaches are certified and experienced in the boxing ring and in the world of fitness. We are the premiere USA Boxing training facility in Wilmington, NC! We train competitive boxers who are looking to step into the boxing ring as well as non-competitive boxers who wish to simply learn boxing fundamentals and techniques while getting into shape. Our youth and adult boxing sessions focus on the principles of Olympic-style boxing. Also, we are the only USA Boxing certified gym in town that offers Ladies Boxing Boot Camp for our ladies. So, if you are looking for a great place to exercise and get in shape, come to Cape Fear Boxing and “TRAIN LIKE A CHAMPION” 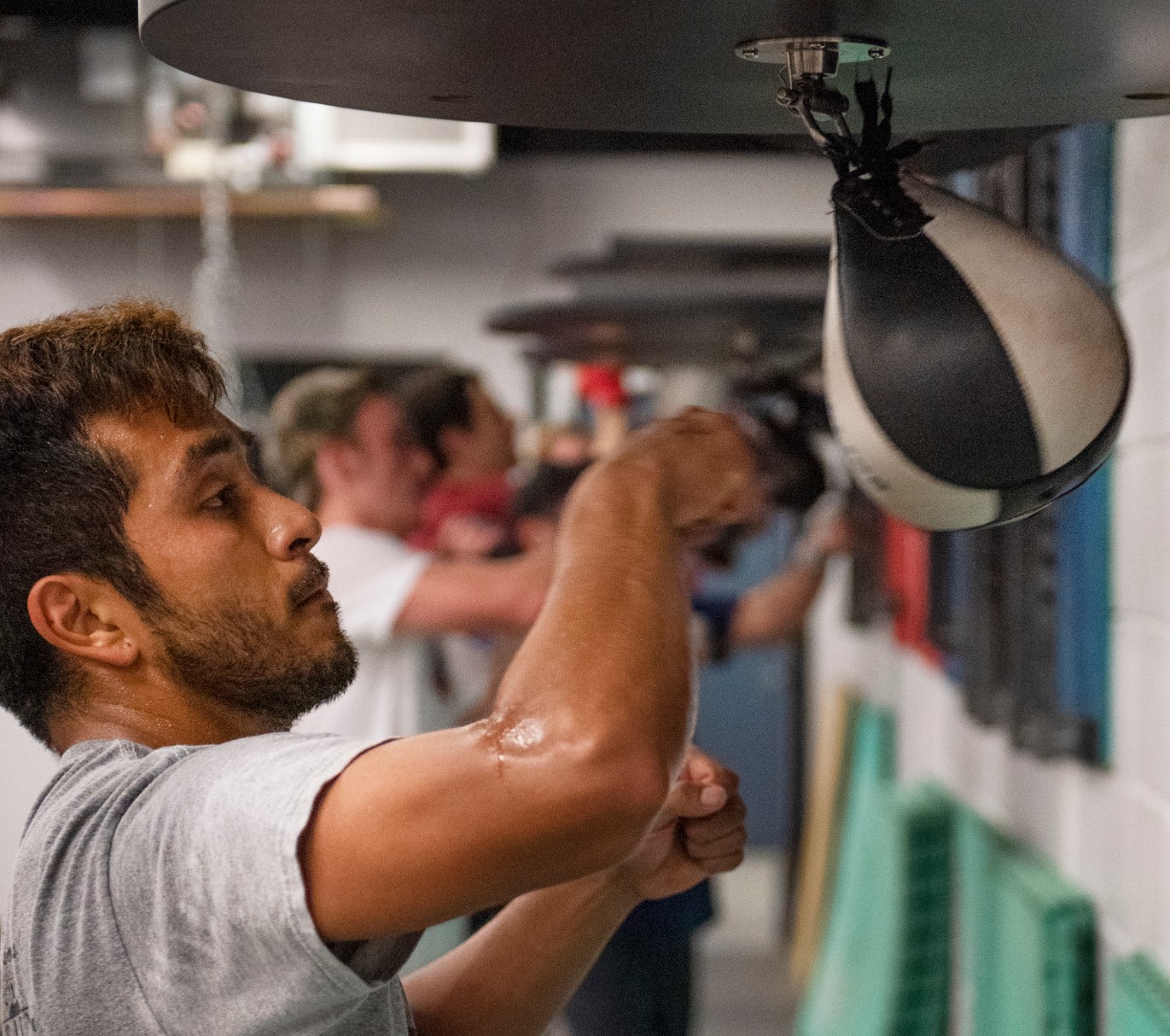 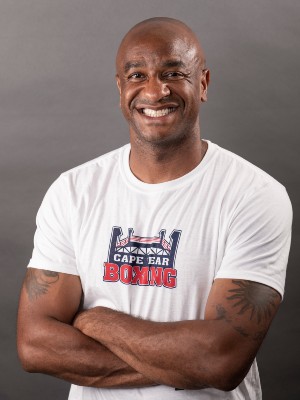 Born and raised in Wilmington NC, Coach Rasheed began boxing at the age of 10, under the wing of his father, who was also a boxer. Rasheed competed in amateur boxing throughout middle and high school with a 37-7 fight record and won two State Junior Olympic championships under Coach Sherriedale Morgan. Upon acceptance into NC State University, Rasheed tabled his boxing dreams for a college degree, but he left college early to join the US Army. After serving four years in the NC National Guard, he returned to NC State and earned his Bachelor’s Degree in Sociology. Soon after graduation, Rasheed made one bad decision that sent him to prison. It was in prison that he redefined himself and his purpose in life. In the footsteps of his father and childhood coach, he wanted to give back to the community through boxing and instill values such as respect, integrity, commitment and discipline into today’s youth, hoping to prevent them from making the same mistakes he had made. In 2012, Rasheed began his journey as a boxing coach, mentor and personal trainer, and he founded Cape Fear Boxing in 2014.
Close 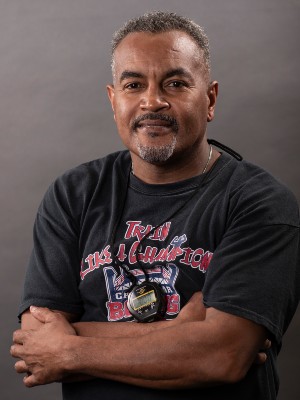 Terry A McNeal started his boxing career at age 15 with the Wilmington Boxing Center in 1978, which is where he discovered his passion for boxing. He participated in competitive boxing for 19 years and compiled numerous state, regional and national accolades along the way. Most notably, his boxing achievements include:

Terry was a member of the USA Boxing National Team from 1981-1985 and also a USA Boxing Olympic team alternate in 1984. He relocated and trained at the Sugar Ray Leonard Training Camp in 1985. In 1992, Terry was invited to the USA Olympic Trials to compete for a spot on the USA Olympic Team, in which he placed 4th.

He has a combined record of 267 wins and 15 losses. He retired from competition in 1995. Since that time, Terry’s love for boxing, and his passion to train other boxers, keeps him active in the sport of boxing and giving back to the community.

Coach Terry is also a full-time chef for New Hanover Regional Medical Center. He earned his degree in Culinary Arts from Prince George Community College in Maryland after he graduated high school. 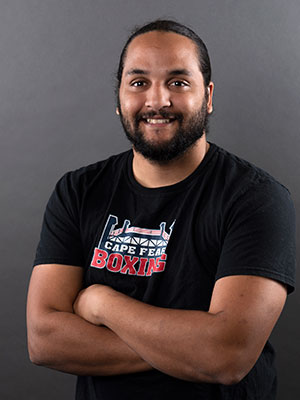 Xavier began his boxing career at age 13 in Durham, NC. He then moved to Minneapolis, Minnesota at 21 to pursue his hopes of making it on the USA Olympic team. While in Minnesota, he won 5 State and Regional USA Boxing tournaments and boxed in 10 National tournaments including the USA Boxing National Tournament, National PAL Tournament, Ringside World Championships and National Olympic Qualifiers.

After competing in over 70 boxing matches, Xavier compiled a record of 57 wins and 16 losses. He began working with kids in Minneapolis at the Circle of Discipline Boxing Gym as a volunteer Coach in 2011. He now trains both youth and adults here at Cape Fear Boxing and assists with our Ladies Boxing Boot Camp program.

Outside of training, Xavier enjoys grilling, which he learned from his Grandpa. Growing up, he would wake up early on holidays and learn everything his Grandpa knew about food prep and grilling.

Not Sure Where to Start?

Picking the right program can be overwhelming. Let us help you!